Video games are perhaps one of the best examples of a success story in entertainment. With humble beginnings in the dimly lit arcades of the 70s and 80s, this segment has long surpassed the most optimistic predictions and has now has now grown into a multi-billion dollar industry. In 2008, video games scored $41.9 billion globally, continuing their astronomical rise from the 90’s. During the following decades, they managed to surpass the music business and even the movie industry. And they have not stopped growing. According to Business Insider, experts forecast the gaming industry will produce $196 billion in revenue by 2022.

Nowadays, games are at the forefront of innovation and technology, using cutting edge developments in hardware and software in order to deliver new and compelling experiences to an ever-increasing audience. According to Microsoft, there are more than two billion gamers around the world, ranging from the average consumer of casual games on their phone to those willing to invest in the latest, state-of-the-art computers and consoles required to play the current year’s AAA titles on the highest resolution.

The distinction is important. As with many other rapidly evolving industries, video games have branched out into numerous genres, each with its own unique set of expectations, challenges and audiences. As such, any discussion on the games industry as a whole should account for these differences. The expansion of this segment of entertainment has been based on catering to the wildly varying needs of its consumers. Its versatility and its capacity to constantly reach and gain the attention of new segments of the population has been the key to its success, and will continue to drive it forward into the future.

Localization – is it necessary?

At present, a common misconception has been touted by localization detractors that everyone in the modern, globalized world is a capable enough English speaker, and thus the translation and localization of titles for a global audience should not represent a priority for game developers. In truth, a closer look at global statistics reveal that out of the world’s approximately 7.5 billion inhabitants, only 1.5 billion speak English, which amounts to roughly 20%. As such, publishing a title exclusively for this segment of the public will drastically decrease its global outreach which shall inevitably hobble its sales revenue.

Another aspect of this statistic that has to be taken into consideration is that, out of the 1.5 billion English speakers around the world, only about 350 million are native speakers, and thus experience the true depth of the content, with all its nuances and cultural significance.

More than any other software, it is vital for games to be immersive, and one cannot achieve the same depth of interaction and experience for the non-native customer. People who only speak English as their second language will most certainly come across additional challenges in understanding the interface and instructions that set the rules for the game, as well as having trouble following the complex and nuanced storylines that are so highly appreciated in games at present.

A cursory glance at Distomo’s 2012 study on the Impact of App Translations is enough in order to gauge the efficiency of localization on global markets. The study shows that localizing an app has led to 128% more downloads and +26% more revenue on average per country.

Localization – like many games – can be divided by levels

As previously stated, the games industry is a vast segment that has spread out into a plethora of genres, each with its own intended targets and specific goals and requirements. As such, the process of localizing a title must take the nature of the game into consideration and set the intended goals accordingly.

The fist and crucial part of localization deals with keywords and game descriptions. This will allow the non-English public to easily find and access the game. For simple, casual games that operate on simple, non-verbal rules, this first level of localization can prove to be efficient enough in order to expand onto a global market.

The second level deals with text based content, such as elements of the interface, instructions, and story beats. If present within the game, they will need to be localized through the use of a competent service that will engage with the meaning of the source on all levels and render it in its target language with the intention to provide the non-English speaker with the same experience as that of a native.

Lastly, if the game contains cutscenes or segments voiced by actors, it is cost effective to provide subtitles when localizing, though the most immersive experience that will maximize customer satisfaction would be to re-record the voiceover with the aid of voice actors that are native in the target language.

What language should you choose?

Numerous studies have been conducted on the average numbers of speakers for languages across the world. Focusing on the gaming industry and, more generally, the population of internet users divided by country and ranked by revenue, statistical reports, including the one conducted by Newzoo in June 2019 have cited the following ranking:

However, this statistic should not be a direct guideline towards prioritizing languages in which to localize games. Another very important aspect needs to be taken into consideration when deciding on target languages – the emerging, high-growth markets where the popularity of games is scheduled to rise in the coming years. Looking into the future, these markets represent an arguably sound investment, especially in regards the mobile games sector. Another study by Newzoo cites South Asia, the Pacific, and Latin America as being the regions with the fastest growth in terms of revenue.

In conclusion, looking towards the future of the games industry, with an ever-growing global market that shows no signs of slowing down, localization has become an integral part in maximizing revenue and providing a high quality experience for the global consumer. Considering both the regions where this market has already expanded as well as emerging trends in newer regions, it is safe to say that the most profitable languages to localize your games in are: Chinese, Japanese, German, French, Spanish and Italian.

Translating for the travel industryNo Comments

Why do you need Virtual StaffingNo Comments 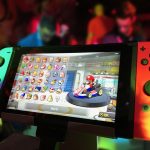 What languages should you localize your game into?No Comments

This website uses cookies to improve your experience while you navigate through the website. Out of these, the cookies that are categorized as necessary are stored on your browser as they are essential for the working of basic functionalities of the website. We also use third-party cookies that help us analyze and understand how you use this website. These cookies will be stored in your browser only with your consent. You also have the option to opt-out of these cookies. But opting out of some of these cookies may affect your browsing experience.
Necessary Always Enabled

Any cookies that may not be particularly necessary for the website to function and is used specifically to collect user personal data via analytics, ads, other embedded contents are termed as non-necessary cookies. It is mandatory to procure user consent prior to running these cookies on your website.

SAVE & ACCEPT
This site uses cookies: Find out more.